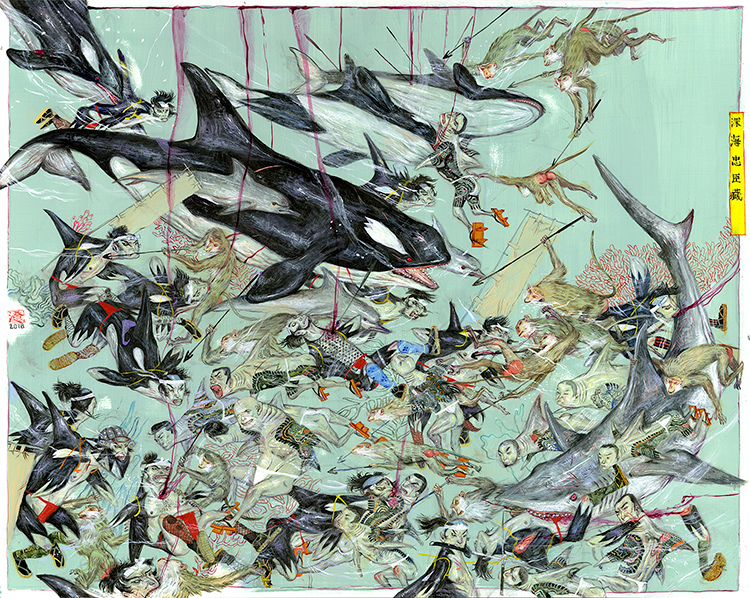 Mu Pan, New York based artist, is known for his grand, large-scale paintings and intricate drawings. Influenced by Chinese history and mythology as well as Japanese Manga and Hong Kong movies from the 1980s and 90s, his narrative art with the illustrative approach tells epic tales with modern sensibilities. He has had numerous gallery solo shows around the world, including a retrospective at Gallery Poulsen, in Copenhagen, Denmark, group shows at the Japanese American National Museum, Los Angeles, CA, Worchester Art Museum, Worchester, MA; and Galerie LJ, Paris, France. Mu Pan received his BFA in illustration and earned his MFA, also in illustration, with honors in 2007 from School of Visual Arts SVA, where he currently has a teaching position. 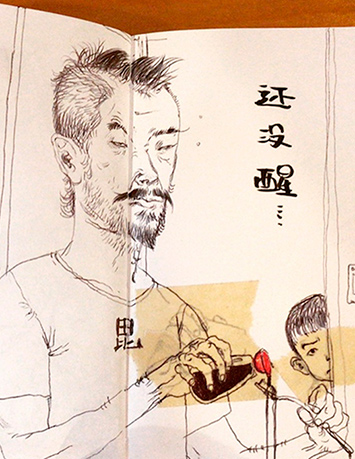